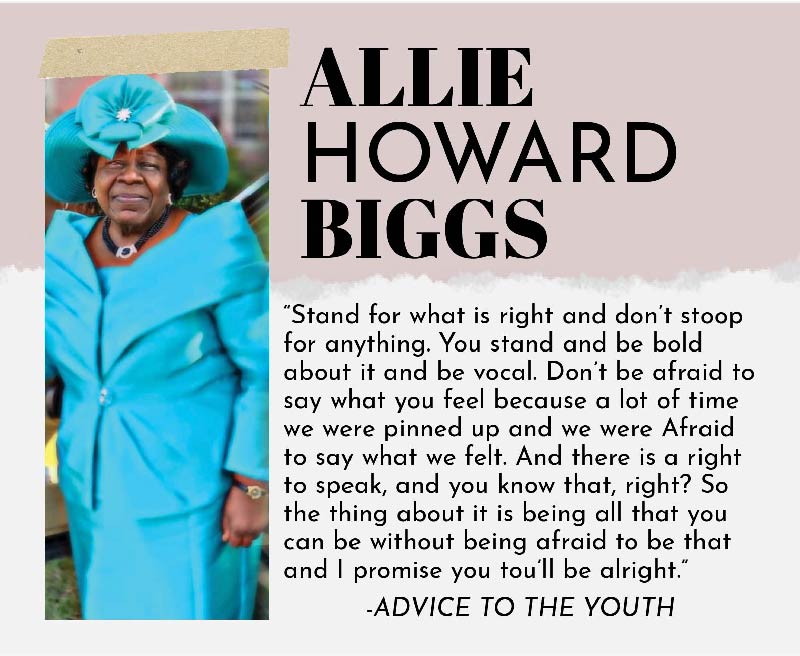 Allie Howard Biggs was born in 1940 and moved to Pahokee, Florida, in Palm Beach County at only six months old. She grew up in Pahokee along with three siblings. Ms. Biggs worked as the Supervisor of Transportation for the Palm Beach County School District for 33 years until her retirement. She was also a commissioner for Pahokee from 2002 to 2016, where she worked tirelessly to better the city. She experienced the effects of segregation while growing up and had to stand up for her rights. Ms. Biggs participated in local protests for social justice in Pahokee, which confronted white intimidation against the community of color in Pahokee in the late 40s and early 50s.