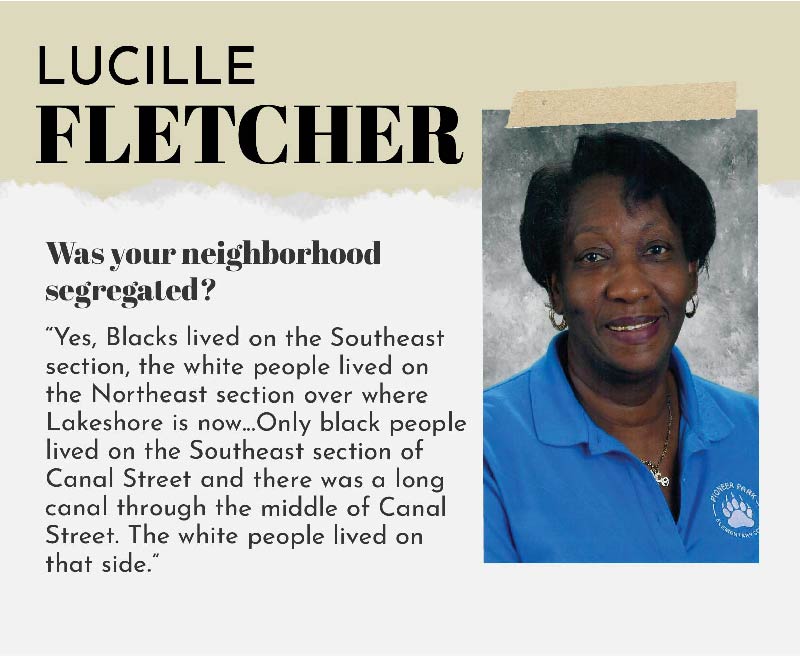 Lucille Fletcher was born March 20, 1955, in Louisville, Georgia but moved to Belle Glade, Florida, in 1957 when she was two years old. She is the oldest of 7 sisters and two brothers. Her family worked seasonally in the farm fields. Ms. Fletcher graduated from Pahokee High School, where she experienced segregation, which included only ever receiving old and used textbooks from the white schools. This experience led her to be under the false assumption that the white students were automatically smarter. She then attended college at Florida A&M University in Tallahassee, Florida, and became an educator herself. She has seen the education system change throughout the years. Her advice to the younger generation is to treat others the way you want to be treated.