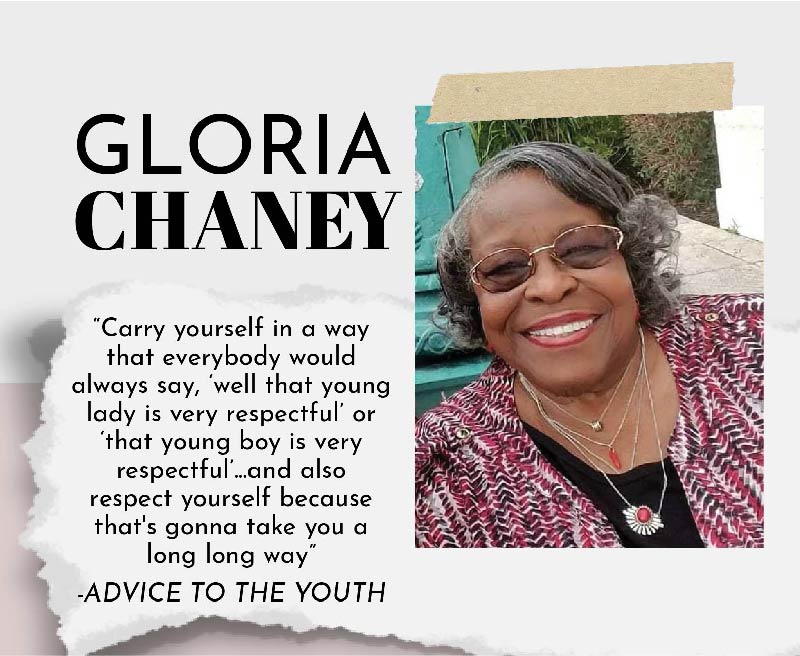 Born and raised in Delray Beach, Florida, in 1943, Gloria Jones Chaney lived at the same address in Delray Beach, Florida, her whole life. She is the daughter of Arthur Jones and Lessie Hayes-Jones, and one of five siblings. The primary source of her family’s income growing up came from farming, Ms. Chaney and her siblings would work the fields before school, where they had classes from 12:30 to 5:00 pm.  Ms. Chaney attended Carver High School, which at the time was a segregated school for black students. After graduation, Ms. Chaney returned to Carver High school and earned a cosmetology license. She also opened her own cosmetology business. Her advice to the more recent generation is to “respect yourself because that’s gonna take you a long long way.”